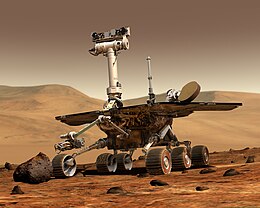 The Mars Rover Opportunity’s mission is now officially over. On June 10, 2018, a massive dust storm on Mars prevented the rover from getting enough sunlight to keep its batteries charged. After many attempts to revive the rover, NASA has finally closed its mission. It was launched in 2003 and was expected to have a surface mission life of only 90 days. A testament to NASA’s engineering, it operated for almost 15 years and traversed 28.06 miles.

In its travels on Mars, Opportunity confirmed that lakes of water had existed on Mars and water flowed through rock fractures below ground. It also explored a crater where clays indicate a friendly environment for the existence of microbial life forms. Due to the length of its time on Mars, it was also able to do a long-term study of the Martian environment, studying clouds, the atmosphere and dust storms.

Author: Aaron ClevensonEmail: This email address is being protected from spambots. You need JavaScript enabled to view it.
I am the observatory director at the Insperity Observatory in Humble ISD. I am also an adjunct astronomy professor at Lone Star College-Montgomery where I teach solar system astronomy and stars and galaxies astronomy. I am the author of the astronomy textbook, “Astronomy for Mere Mortals.” I am a past president of the North Houston Astronomy Club, and was the chair of Astronomy Day in Southeast Texas in 2015 and 2016. He is an observing program director with The Astronomical League, coordinates their Master Observer Progression Awards, and has authored six of their observing programs.