Deprecated: Function get_magic_quotes_runtime() is deprecated in /usr/local/php74/pear/Cache/Lite.php on line 757
 Star Struck - "The Moon" 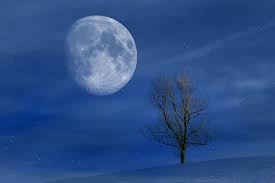 As we start the next cycle of phases, each night shows us a little more of the moon’s face. One prominent feature that we can easily see are the dark splotches. These are called Maria (Mare – singular). In times long ago, these looked like large bodies of water and were called seas. Today we know that they are large plains of cooled lava that have filled large craters from the earliest times on the moon.

They all have names. The first to be seen is Mare Crisium, followed by Mare Tranquilitatis and Mare Serenitatis. At full moon, we can finally see the largest, Oceanus Procellarum. We know they are more recent than the lighter areas, the highlands, because there are many fewer craters.

To view the moon and other celestial wonders, join us for Public Night at the Insperity Observatory on the first Friday each month. Reservations are required. Visit humbleisd.net/observatory.

Author: Aaron ClevensonEmail: This email address is being protected from spambots. You need JavaScript enabled to view it.
I am the observatory director at the Insperity Observatory in Humble ISD. I am also an adjunct astronomy professor at Lone Star College-Montgomery where I teach solar system astronomy and stars and galaxies astronomy. I am the author of the astronomy textbook, “Astronomy for Mere Mortals.” I am a past president of the North Houston Astronomy Club, and was the chair of Astronomy Day in Southeast Texas in 2015 and 2016. He is an observing program director with The Astronomical League, coordinates their Master Observer Progression Awards, and has authored six of their observing programs.